Published by [email protected] on 28 December 2018

“If you think this has a happy ending, you haven’t been paying attention…!”

“””Disclaimer : If you don’t know what Game of Thrones is, please go through this link and read my previous blog.”””

While watching the first 2 seasons of GoT, did we ever think someone even more brutal af will be there, other than Joffrey..? But then he came in season 3. For almost a season, we didn’t even know his name. All we could guess, that he was the bastard son of Roose Bolton. Though, he was playing hard. His brutality was making us happy till some point. He literally broke Theon Greyjoy from inside. For the first few episodes of his torture to Theon, we were like “C’mon dude, hurt the traitor more”… Soon as he “cut” him, we were scared the shit out of us.

Ramsay Roose Bolton, a bastard son of betrayer Roose. He was much more than just being a brutal killer and a torturer. He was a splendid manipulator of people. He did not care anyone but himself. Let us know how brilliant was his politics.

When given a chance to take over Winterfell from Theon, indirectly by Robb Stark, he could have done it simply by killing Theon, but his plans were different. He made Theon weak. He broke him from inside so that the invasion by his people, the iron islanders can be broken by torturing him. The success of breaking Theon’s self is evident when his sister Yara comes to save him, he refuses to go. Theon’s subconscious is upheld by Ramsay when he names him ‘Reek’ and makes to act as he says. While Ramsay had a task of occupying Moat Cailin, the southern edge of the North, occupied by iron islanders, Theon is brilliantly used to manipulate them. Thus, we can say Ramsay had a vision as he did not kill Theon but manipulated him.

His visionary aspect is more evident when in the 2nd episode of season 4, he recognises Jon Snow as a threat to Boltons’ claim on Winterfell. His estimate was actually true, because as we know, Jon Snow overthrew him from Winterfell by defeating him in the Battle of Bastards.

His aspect on recognising Jon as a threat had a plan. He wanted to attack the Night’s Watch. Roose Bolton questioned him in this regard if he wanted to raise every house in the North against them, by attacking the Night’s Watch. Ramsay calmly said that the Umbers and the Karstarks, on Boltons’side, together hold more army than all other houses in the North. This plan didn’t actually carried.

(—Ramsay being beaten by Jon—)

Too much pride is a poison. Thus, poor Sansa, another victim of Ramsay’s brutality turned out to be a devil for him. The defeat of Ramsay was more of his own mistake rather than Jon’s bravery. We celebrated his death but he remained to be the most hated character and the most admired villain in the history of the Novel series and the TV series.

Stay tuned. Next villain will be Roose Bolton.

I appreciate Ramsay as a first class villain. It was painful to watch him torture Theon. You’re right, he was a villain of strategy and viciousness that may make him the worst of GoT. It’s hard to beat what Joffrey did in S1. Jury is out for me on this one…

Hey Buddy! Nominated you for the Sunshine blogger award..Check it out…https://mytalkexchange.wordpress.com/2018/12/28/sunshine-blogger-award-2/

I’ll upload the blog on your nomination tonight…! Stay tuned….

Sure..Good Luck with the answers buddy..

Wait a few minutes. Mistakenly uploaded when it was in process

Both the actors were phenomenal in portraying these characters. Though I hated Joffrey more.I was so waiting for his death. Like your title says Joffrey was annoyingly villainous while Ramsay was having a complex psychopathic character that made interesting watch

Ramsay was so fookin’ brutal….! 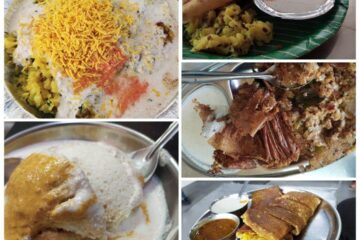 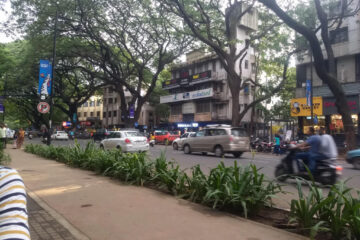 I don’t want to brag more about how Pune City is historically important and culturally rich etc. We all know that very well. Pune is called the Queen of Deccan. But which place in Pune Read more…