Jack Ma. As one of the most renowned business magnates in the world goes missing in mysterious circumstances, it becomes important for us to know what exactly happened, what exactly is happening and what will happen in this regard. China’s identity as an “information black hole” increases 100 folds.

Who is Jack Ma?

Born as Ma Yun in 1964, Jack Ma is the former executive chairman of Alibaba Group, one of the biggest technology conglomerates in the world. He also happens to be a philanthropist, and quite obviously, a member of the Chinese Communist Party.

He is often regarded as “Brand Ambassador of Chinese Business.”

Forbes, Fortune have also regarded him as one of the most powerful and wealthiest people on earth.

What happened with Jack Ma?

The man who held the record of being Asia’s richest person, the one whose business empire was well known around the globe, that person goes missing for more than 2 months now and the Chinese Government has nothing to say. What must that mean for the world?

So what exactly did Jack say? You can search and find it common in all the news reports that he criticized Chinese banks, and not directly the CCP i.e. Chinese Communist Party or the Chinese Government {some say there’s no difference, you may use CCP as an abbreviation for Chinese Government}. What was the criticism about?  Let’s take a look.

Ma said that China lacks a proper financial ecosystem. Chinese banks act like pawn shops, where collateral and guarantees are hard currencies. He also added that Chinese people often say, if you borrow a hundred thousand Yuan from the bank, you need to worry. For borrowing of a million Yuan, you and the bank both worry, but for a billion Yuan borrowing, banks worry and you enjoy

That was just a part of the speech he delivered in a financial forum in Shanghai on 24th October 2020. Afterward, he never made a physical or virtual presence anywhere. Does that mean he is missing or detained or killed? Probably not, but what happened afterward is even more suspicious. Ma’s another company, which apparently became a rival for the banking system in China, the Ant Financial Group was about to come up with an IPO, which was already having permissions from the Chinese Government. The government canceled that IPO and a summons was issued to Ant Financial Group on November 2nd, 2020. The world was too busy with US elections and something really suspicious was happening in China. The Chinese government also started an investigation probe against the Alibaba group with an accusation of creating a monopoly. Irony at its best! Further, Ant Financial Group was unlisted from the Shanghai Stock Exchange. Can we connect the dots? Are we allowed to?

Is the Chinese government involved in this?

While Jack Ma mysteriously disappeared and the Chinese government is silent about it, on the other hand, we can see how China is desperately trying to rescue Meng Wanzhou, the CFO of Huawei who is currently under the judicial custody of Canada. Seems like the Chinese government does care for their business giants who are, according to them, under illegal custody but apparently China seems to be mysteriously unaware of Jack Ma being missing? What must that mean? Shall we connect the dots? Can we straightaway accuse China for having Jack Ma murdered or detained? I’m afraid if we do it, China may be outraged just like what they did when Donald Trump called Corona Virus a Chinese Virus. Seems like Chinese sentiments are too delicate. They get offended rather easily. Maybe that’s the reason why Jack Ma is missing. His last statement made in public was criticism of Chinese banks. He called them pawnshops. Well, it’s not good to wish for someone’s death but can we predict?

Who predicted that Jack Ma will be jailed or killed?

This exiled Chinese businessman predicted the fate of Jack Ma quite very well. Listen to him, his name is Guo Wengui. He clearly stated Jack Ma can either be jailed or killed by the Chinese government. Once again, readers, this is not my accusation, Guo himself said this, months before Jack Ma went missing.

Why did the Chinese government do it?

The question is, despite the fact that there is no Freedom of Expression in China, Ma happens to be a business giant. The criticism he made was so light, that even Subramanian Swamy of BJP criticises BJP more than what Ma did, that too with just the banking system and not the CCP directly. Are there some more dots to connect? Let us observe some more facts.

China is spending more than a trillion dollars for a project called “String of Pearls” under the One Belt One Road initiative. This string of pearls is a network of big ports in some underdeveloped countries like Bangladesh, Sri Lanka, Pakistan, African Countries, etc. We are well aware of China’s debt trap history. Although it has been successful in the past, it is still a matter of concern even for China itself, that majority of the loans it is giving to the poor countries, is already a dead investment. China’s debt to GDP ratio has recently been skyrocketed to over 300%. Probably that’s the reason Jack Ma raised this concern.  Does CCP not want the Chinese economy to be stable or is more concerned about grabbing poor countries’ resources just like the way they snatched away an entire island-port in Sri Lanka (the Hambantota port) and 90% of African ports? Does CCP really care about developing poor countries or is looking forward to colonise them in a new fashion? The dots are unending. How far can we go connecting them and concluding about CCP’s intentions?

If any of these allegations or conspiracies is true, CCP must remember that the USSR died a brutal death because it went on speculating things too much and snatching away global peace. The world, for sure does not believe China, especially after Covid. Almost every nation has cases of fraud and corruption, you can find arrogant and dictating governments in every nation but not everyone is China. Because not anyone of them has a powerful military force plus a dictatorship plus economic stronghold plus a propaganda network all over the world (especially in renowned universities to be precise!). That’s why a billionaire goes missing for saying something not really criticising and it is a matter of concern for every nation in the world.

Fresh reports say that he is “lying low” somewhere in China. I don’t think it is possible to hide in China after you criticise the Chinese Government. There has been a history of missing people. Some prominent Chinese businessmen or public figures who went missing are as follows.

These are just a few names. Wherever there’s a dictatorship or a one party rule, there happens to be a murder of dissent for sure.

Unending conspiracy theories mean nothing in the end, only truth matters and it shall prevail, no matter how hard China wants to suppress it. Jack Ma is missing and the reason is not clear. There is definitely something fishy but let’s not reach to any conclusion. Pray for Ma’s safety!

Credits: Swapnil Thorat. Thank you Mr. Swapnil for the apt vector image clickbait.
Do follow him on Instagram: https://instagram.com/rookie_rtist?igshid=14kceabdhycd4

[…] wrote a detailed blog by the name Jack Ma Case: Missing Businessman or a Suppressed Voice?. Now that he has reappeared, it is our solemn duty to further inform about it and to analyse the […] 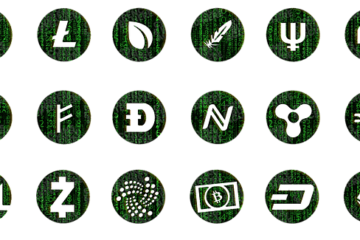 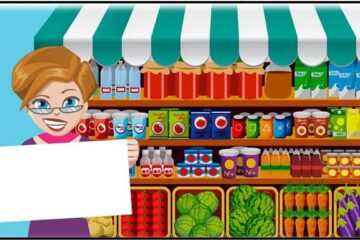 Have you bought your “KIRANA”? 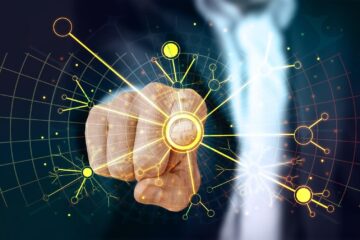 The term “Automation” was first coined in the automobile industry during 1946 to describe the increased use of automatic devices and controls in mechanized production lines. The word came from D.S. Harder, an engineering manager Read more…