As a mini web series, JL50 surely has its own scoring points and flaws but one thing that keeps the mini series out of the box, is that it has broken all the stereotypes of Indian web contents. While a lot of web content is full of Anti-Hinduism soft propaganda, unnecessary nude and sex scenes and full of abusive languages, JL50 has avoided all of these mistakes and cherry on the cake, it has, at least under the veil of “fiction”, glorified the ancient Indian culture in a very subtle way. The most attractive thing about its story, that the writer has dared enough to showcase a Communist in a negative, traitor-alike frame. JL50 scores full marks for story in this case.

Coming to the core review of the series, this is one of the rare science fiction experiments in India. Just search the keyword “Time Travel” and you get tons of Hollywood content but rarely any Indian on the list. Time travel is a very messy concept with so many paradoxes in itself. JL50 has kept it simple. The story is not very complex though, but has been very beautifully presented. However, it feels that the end has been written and shot in a hustle. A CBI probe for a missing or hijacked aeroplane goes on to reveal that a Time Travel experience has been carried out. An aeroplane named JL50 takes off in 1984 and lands in 2019 (or should I say crash-lands?). There’s a full separatist conspiracy going on behind the curtains and an interesting sub plot of the protagonist’s personal life. Writer-Director Shailender Vyas has done quite a good job in the overall story. It seems that there are one or two unnecessary characters but the focus of the story remains unaffected.

There can be a mixed reaction for performances in this series. Abhay Deol’s role as protagonist, CBI Officer Shantanu was too average. He needs to work a lot on his expressions. Professor Subroto Das played by Pankaj Kapoor was also not that good, or even if it was, the portrayal was ruined by his fake Bengali accent.

CBI Officer Gaurango played by Rajesh Sharma was very good. Rajesh Sharma surely is an underrated actor. But the character of Gaurango was unnecessary. The performance was, honesty speaking, wasted.

The two most impressive performances were Bihu Ghosh by Ritika Anand and Professor B C Mitra by Piyush Mishra. Ritika Anand had literally acted with her beautiful eyes and Piyush Mishra, the one whose voice acts the most, makes his impact throughout his screentime.

Time travel is very debatable but let’s be scientific, it’s imaginary and not possible for humans at least for now. So while depicting that in the story, writers and show makers must make a clear vision of what they want to portray. Interstellar is a benchmark for time travel scenes. JL50’s core story revolves around a time travel incident happened between 1984 and 2019. They straightaway ignored the grandfather paradox where you can’t just kill anyone if you travel in past. Secondly, they ignored the fact that if someone is to travel back in time, that would already have been there since the very beginning. You can’t just change the past. But after all it’s a fiction and they showed all they could afford.
The scenes were very subtle when the protagonist was not convinced that he travelled back in time and he gets every evidence by himself that he reached 1984.

There was a large scope of using special effects in this series but seems like the opportunity was missed because of the low budget. The special effects used were very common and found in almost every other series or movie.

The background scores and one or two songs to push the story forward are directed by Aseem Trivedi. The problem with Indian music industry is that, there’s hardly any originality left and thus, despite the background music being very good, it fails to leave the impact on the audience. The Bangla song “Moner Moto” composed by Aseem Trivedi and sung by Shailender Vyas himself, is very melodious and enjoyable. The most impactful song, however, was Jungle Ki Raaton Mein, written, composed and sung by Piyush Mishra. I personally have a bias for him, but he indeed is a great actor, great music director and a great lyricist all at once. Checkout that song

Amidst the garbage of Indian TV serials and propaganda-heavy, typical (stereotypical to be precise) web content, JL50 is surely a ray of good hope. All the criticisms aside, I personally recommend this series for a one time watch. 3.5/5 from my side for this amazing, path breaking content in Indian web media. 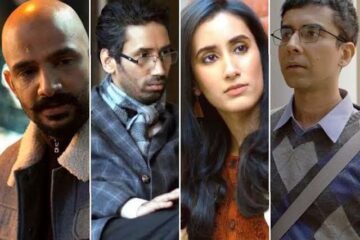 TVF has always been the undeniable King of web content in India. From popular web series such as Tripling, Permanent Roommates, Pitchers and Kota Factory, they have always levelled up the quality of content. “Aspirants” Read more… 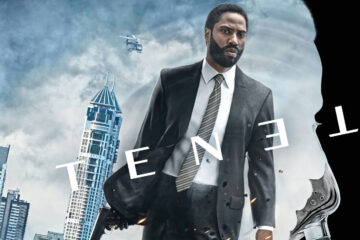 Ratings: 4.5/ 5 A M A Z I N G This is the feeling you get when you step out of the theatre after watching Christopher Nolan's Tenet. 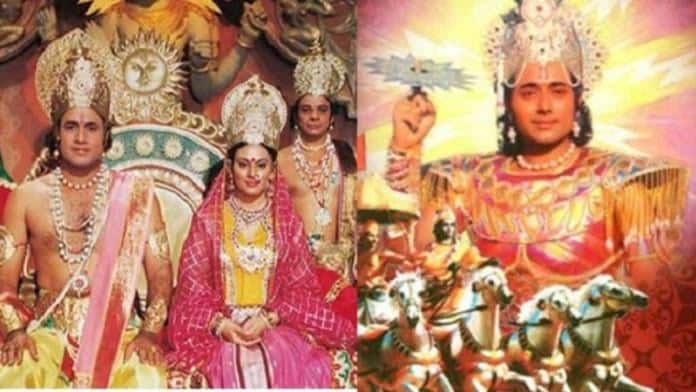